The 1967 Boston Red Sox were not supposed to compete for the American League pennant, but with a new, no-nonsense manager in the dugout and a rising star in left field, the team captured the pennant and the hearts of New England baseball fans. While already well-documented by baseball historians, this collection of notes is designed to supplement those earlier efforts. Box scores from all of the Red Sox spring training games are included, along with an analysis of Carl Yastrzemski’s Triple Crown-winning season. 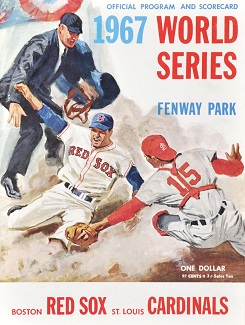